Epilepsy Surgery Friends was formed when a group of 4 men met through supporting charities to share experiences of having surgery. Anthony Williams, Carl Bennett, Nick Pierce and Richard Guthrie were the first members. The very first one to of had surgery was Carl who was so thankful that surgery had stopped his seizures that he wanted to offer his support to others alike. To do this he asked Epilepsy Action to put a line in their magazine offering his support to others thinking about having surgery. Anthony spotted this in their magazine so immediately contacted them so he could talk to Carl as he'd been told by a specialist that surgery may be an option.

Like any surgery there were lots of questions to be answered and the only ones who could answer them was someone like Carl who had been right through the process.

They soon met after their initial contact via Epilepsy Action and became best of friends.

Anthony was relieved to learn for the first time that there was someone out there that fully understood what he was going through which gave him the first bit of hope to ending his seizures.

Carl introduced more people to Anthony including Nick who was also thinking about having surgery himself. This meant both could now talk to someone who like each other were thinking about having surgery and also someone who had already had the surgery which both agreed was very helpful. All the tests right through to the surgery were very stressful but having someone from both sides to guide each other made such a difference making the process less stressful.

Eventually Nick and Anthony were both cleared as being suitable to have the surgery so both went for it after convincing each other it was the best road to go down.

Just as before the surgery there were lots of questions that both needed answers to so having Carl there to answer them again made the recovery less stressful and more assuring.
Once Anthony had recovered he was so pleased by the support he got from Carl both before and after the surgery that he decided it was his turn to share his experience and help others. To do this he started to attend a monthly surgery meeting organised by the Brain & Spinal Injuries Centre Charity (BASIC) where he met Richard. Anthony introduced Richard to Carl and Nick who after lots of questions was convinced himself that surgery was the best route to take. After all had recovered sufficiently they started to have days and nights out together as by now they'd become true friends, more so because they had similar interests like Music, Travelling, Walking and Photography. At one of their nights out they were all discussing how hard it was to find suitable people to talk to so thought it would be good if they could do something to make it easier for others alike to connect with others. They all agreed if they could do something it would be a great way not only to help others but also to show their respect to everyone involved at the hospitals that made surgery a success for them. They put two and two together who had all had Epilepsy Surgery and became good true Friends from it so decided whatever they did they'd call it Epilepsy Surgery Friends.

Anthony immediately started to look for ways to connect people and discovered the best way forward would be to start a page on Facebook and see if anyone got in touch. There were a few enquiries but not as many as was first expected so he decided a Facebook page was only suitable as a way to advertise and not for open discussions. Because of this he decided to start a closed Facebook group where members join to see the discussions and ever since it's gone from strength to strength.

At first it was very hard for them to attract others into the group because men being men often shown their best times together from a public house and knew it wasn't the image they needed if they were to attract new members.  The turning point came when they decided to go for a day out in Chester organised via a group event on the open Facebook page. They shared the event with local centres in the Chester area that they would be in the area if anyone wanted to talk and share their experience. Eventually it got the attention of their first female member called Valerie who like them had already had the surgery and again wanted to use her experience to help others. The day went really well and at last the 4 men were able to say they had changed the image in the right direction. Another turning point came when the Epilepsy Society helped the group to advertise it by putting an article in one of their magazines which helped target a wider audience.

The proof came further down the line as more members began to join the closed group and started chatting with other members alike. This became another turning point as the group now had its first children in on the discussion by their parents who were anxious to know what surgery could mean to their children. Once one of the children had the surgery yet another turning point came when the first large event was created in London by a member who was inspired by other smaller events seen within the group. Anthony knew this was a perfect opportunity to get more interest and thought it would be good to all wear a T-shirt to make it easier to see each other, raise positive awareness and get passers by interested.

The day went really well as it was very informative and gave others hope about what surgery could mean for them. Not only that it was a fantastic day of sightseeing and was a great example of what other members can use the Facebook group for if they would like to meet people face to face and promote positivity. Seeing what positivity can come from connecting with others makes real sense for us to promote it more which can only help stamp out stigma which still surrounds epilepsy. If you would like to help us please think what you could do to help raise positive awareness and help us change more lives forever especially for those thinking about this type of surgery. 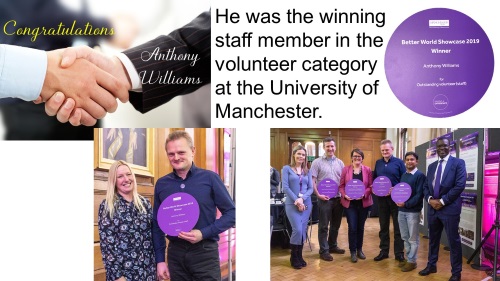