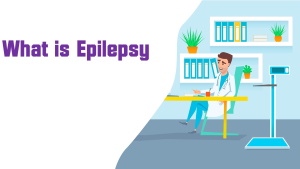 What can we do about it?

The cause of most cases of epilepsy is unknown, although some people develop epilepsy as the result of brain injury, stroke, brain tumors, infections of the brain, and birth defects. Epileptic seizures are the result of excessive and abnormal nerve cell activity in the cortex of the brain. The diagnosis involves ruling out other conditions that might cause similar symptoms such as fainting and determining if another cause of seizures is present such as alcohol withdrawal or electrolyte problems. This may be partly done by imaging the brain and performing blood tests. Epilepsy can often be confirmed with an electroencephalogram (EEG), but a normal test does not rule out the condition. 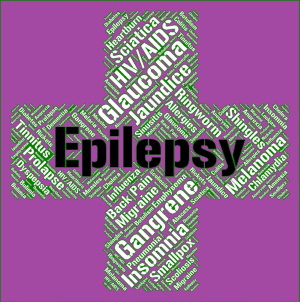 Epilepsy that occurs as a result of other issues can be prevented. Seizures are controllable with medication in about 70% of cases. Inexpensive options are often available. In those whose seizures do not respond to medication, then surgery, neurostimulation, or dietary changes may be considered. Not all cases of epilepsy are lifelong, and many people improve to the point that treatment is no longer needed.
As of 2013 about 22 million people have epilepsy. Nearly 80% of cases occur in the developing world. In 2013 it resulted in 116,000 deaths up from 112,000 deaths in 1990. Epilepsy becomes more common as people age. In the developed world, onset of new cases occurs most frequently in babies and the elderly. In the developing world onset is more common in older children and young adults, due to differences in the frequency of the underlying causes. About 5–10% of people will have an unprovoked seizure by the age of 80, and the chance of experiencing a second seizure is between 40 and 50%. In many areas of the world those with epilepsy either have restrictions placed on their ability to drive or are not permitted to drive until they are free of seizures for a specific length of time. The word epilepsy is from Ancient Greek: ἐεπιλαμβάνειν "to seize, possess, or afflict".